The Castle of Paleokastër is situated near the village of Paleokastër in the district of Gjirokastra, south of Albania. It belonged to the late antiquity period and was built by the emperor Constantine the Great (272-337 AD) around 311-314 AD as a Roman fort being probably one of the few Roman military installations Balkans. The castle was destroyed by the Goths in 378, and around the Vth century, during the Byzantine era, the 1-hectare castle was rebuilt along with two Paleochristian basilicas. It remained in use well into the VI century. The English scholar Hammond first mentioned the castle and since the 1970s, the site was studied by Albanian archaeologists of the Institute of Archaeology, Albanian students, while after the ’90s, excavation missions were undertaken by international teams of archeologists bringing into light new and important findings. Located on a field ground by the bank of Drino River north of Gjirokastër, exactly on the merging angle of the river with Kardhiq valley, it secured a strategic position that served to guard both the river and the entrance to the valley through which winded the main Roman road that linked Gjirokastër with the Southern coast of Albania. Ruins of the typical rectangular shape roman fortress with angle length up to 100m are still visible. The walls are found 3-4 m far from Drino riverbed. The castle had three entrances, of which the main entrance, located to the West, was protected by two rectangular towers. The walls, built of stone and mortar, are interrupted by 4-5 lines of brick, evidence of interventions made during rebuilding at a later stage. It was entitled Cultural Monument of the first category by the Albanian Government since 1973. 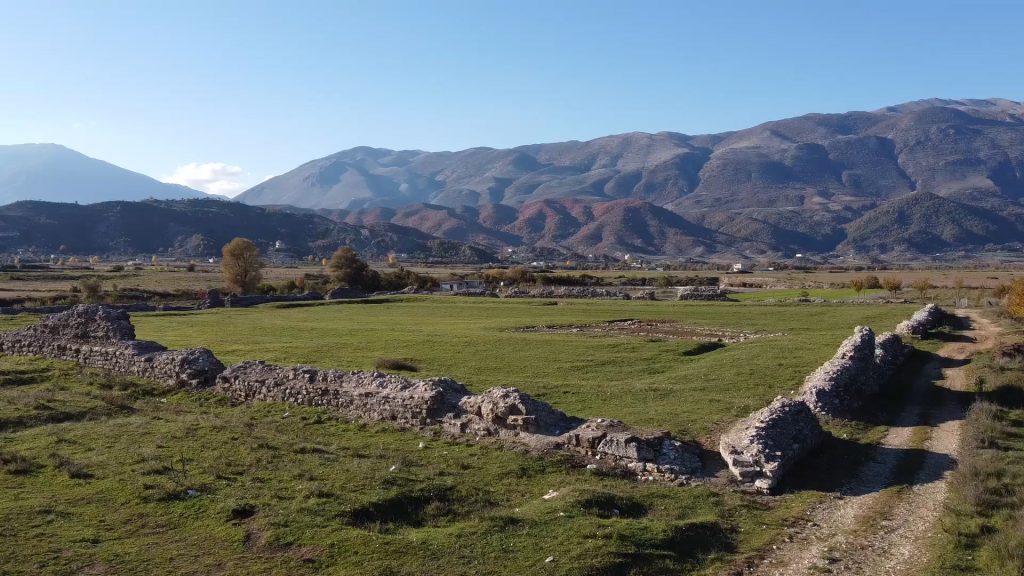 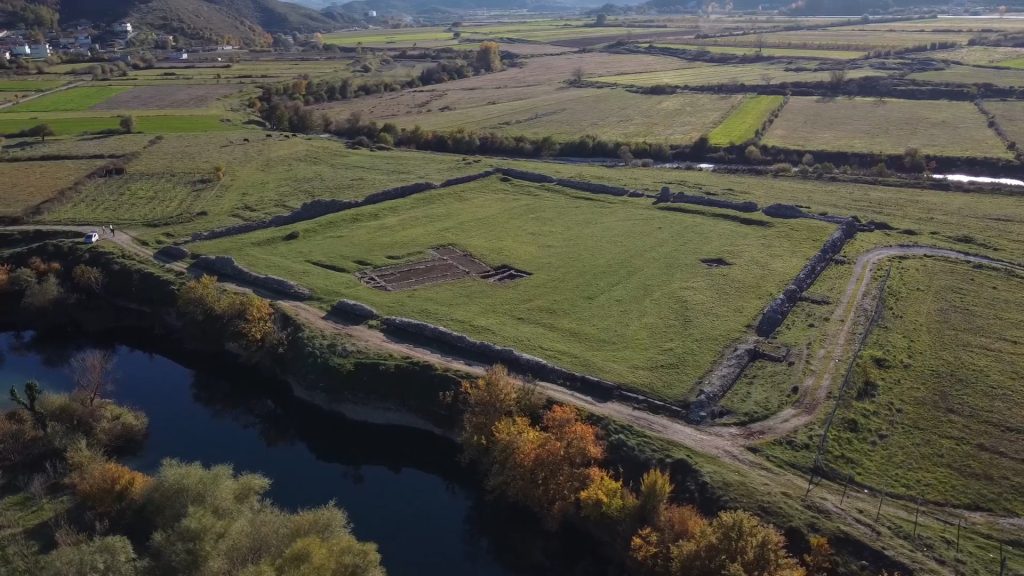 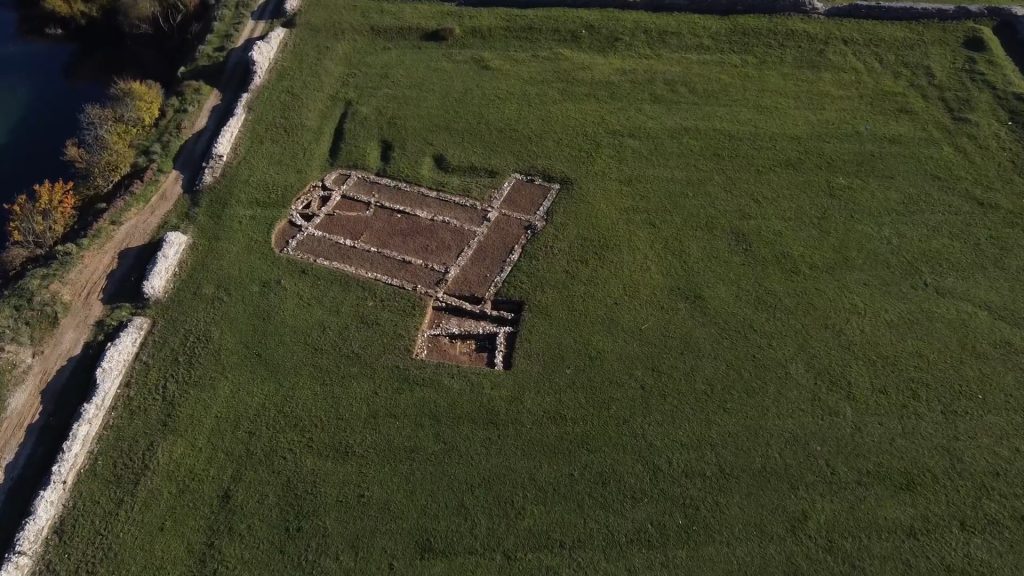 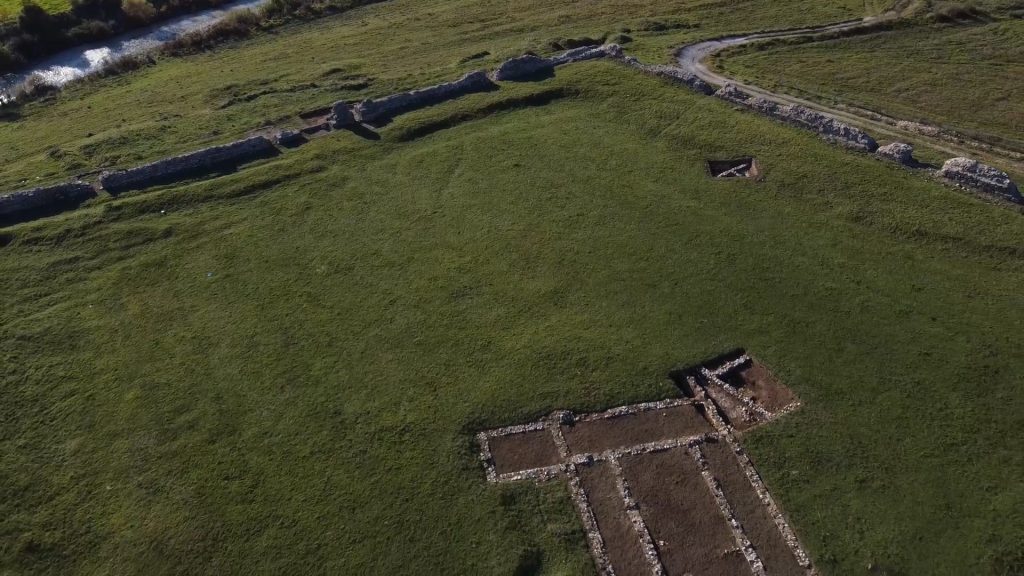 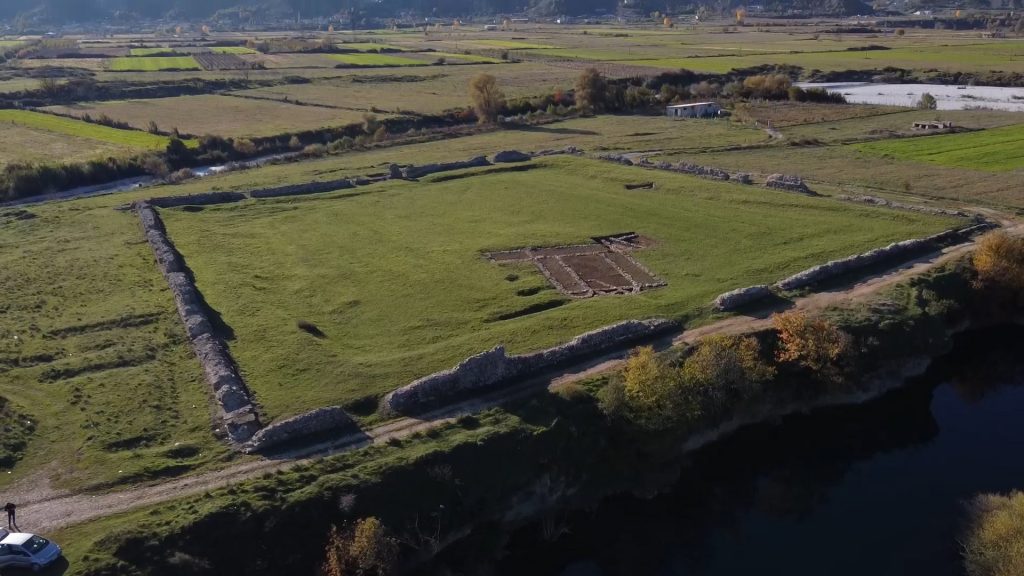