The fortress is situated near the village of Kardhiq in Gjirokastër district. There is not a final verdict about the date of the construction. Obviously, historians consider it diachronic, and some believe that its construction stretched between the 12th C and 14th C. Others judge that the most likely time of its construction is the second half of the 14th century or the beginning of the 15th century. This was when the country was under the rule of Zenevi’s feuds and was threatened by the Ottoman invasion.

A parallel line can be drawn between Kardhiq and Gjirokastra during the middle ages due to the resemblance of Kardhiq’s development pattern with that of Gjirokastra. Both had been open towns, with similar fortresses, of course, Kardhiqi’s being smaller than Gjirokastra’s.

The fort is mentioned for the first time in the Ottoman census and cadastral survey of 1431- 1432. During the middle ages, it was used to control the route connecting inland with the seaside hence the location selection. It continued to serve the same purpose until the rule of Ali Pasha, the ruthless governor of these territories (18-19th century). It is believed that he was the last governor to grant the rebuilding of the castle, and that is what we see today.

It is a typical garrison fort hosting a church on the pentagon area’s peaks formed from walls and 5 towers, culminating edges of these walls and facing both east and west of the territory.

This 1st Category monument of culture with a wall perimeter of 280 m and thickness 0.8 m boasts a well-preserved and still well-standing tower out of five, showcasing an impressive feature and at the same time a strong character of medieval construction. 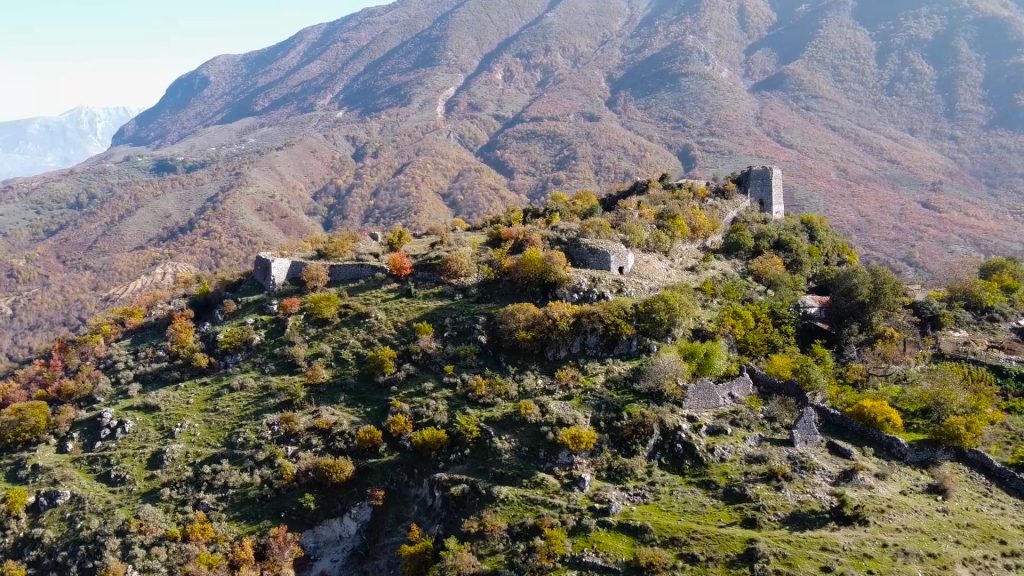 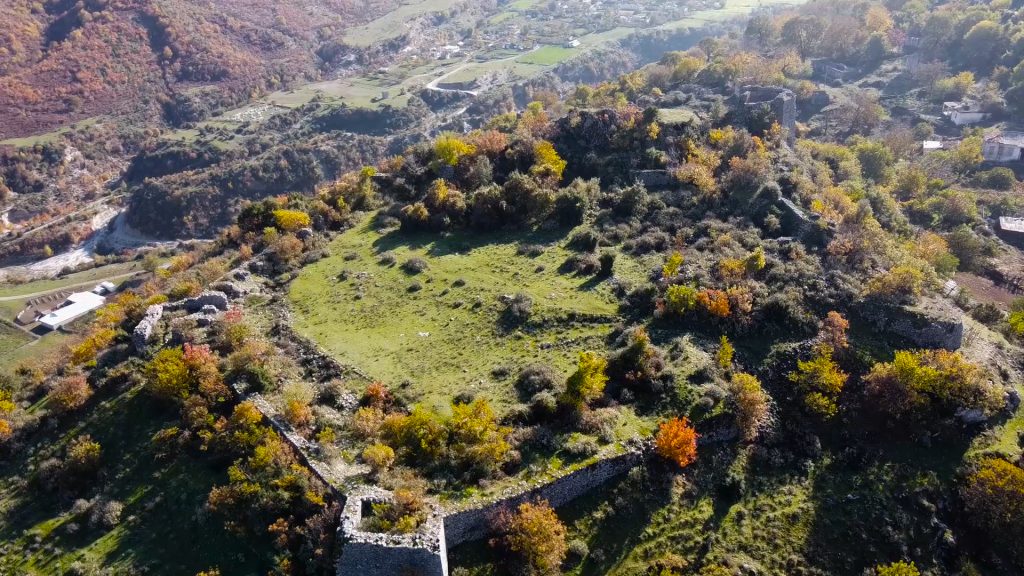 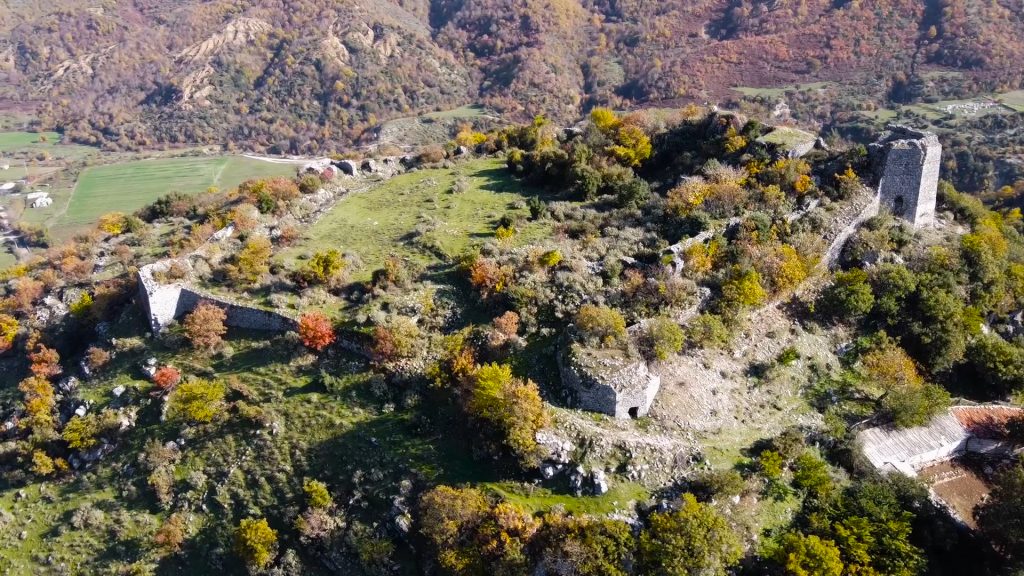