The 5 centuries-old sycamore tree of Libohova (Rrapi i Libohoves) has been proclaimed a Monument of Nature of the 1st Category.

With a great location at the very center of Libohova town square, at an elevation of 414 meters above sea level, reaching a height of 32 m, a diameter of 3 m, and a magnificent canopy that shades over 1000 square meters, this giant tree is an ideal refreshing spot.

The water-loving tree, typically used over the centuries in the urban landscape of small centers and villages in Southern Albania usually combined with a water source, is generously fed by water springs running beneath its roots. These springs are believed to be part of the wider watershed area of Bureto Mountain.

The sycamore and the spring are beyond doubt landmarks of Libohova. During the late middle ages, the place served as a gathering point, aka the town council. Wise men and women from Libohova and the surroundings would make important decisions about the community under this tree’s branches.

Even Lord Byron is said to have rested here during his trip to these territories. There is a legend about the tree saying that a shepherd once thrust his crook in the spot where the water spring is, and ever since, it grew into an enormous tree. There is growing interest to study the tree and the surroundings by the scientists such as biologists and geologists.

During communism, the town was used as a movie set due to the aesthetic values. “Concert in year ’36” is a much-appreciated movie shot under the communist regime that pays tribute to a famous Albanian opera singer who returns to Albania to brighten up the inferior spirits though singing traditional songs her own way 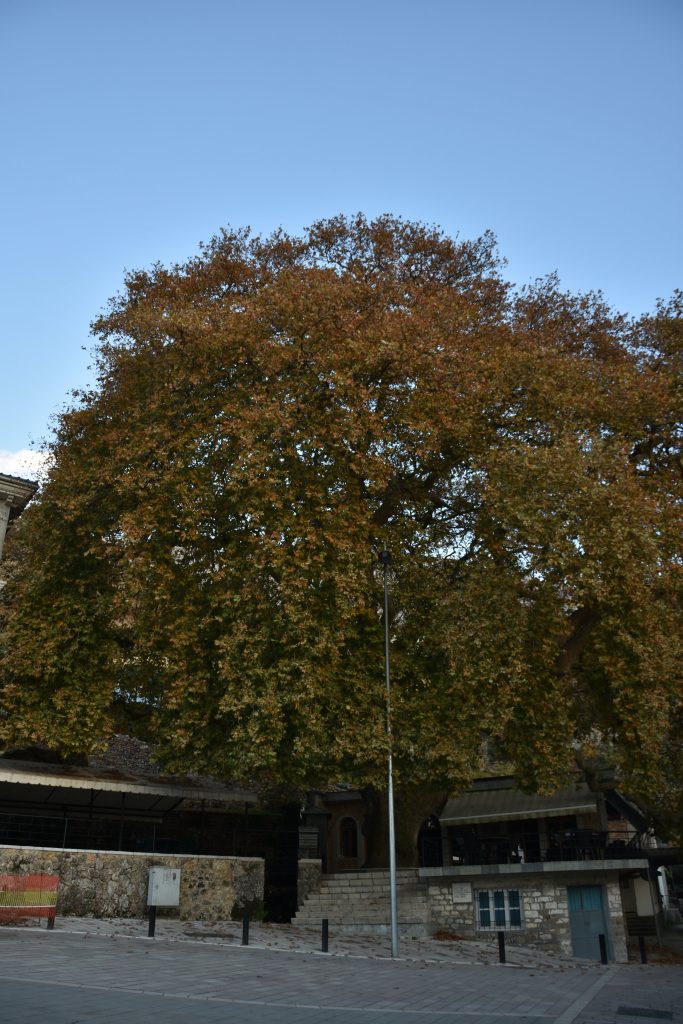