Çerçiz Topulli’s house is one of the first private houses built outside the city castle. Topulli’s family, known as the defenders of freedom, have always been targeted by Albania and Albanians’ enemies. This is why the Topulars’ dwelling once resembled more like a small castle. Like any castle, it has received many blows in the past, not only by humans but also by financial ones. Being always on the front lines of the war, patriotic families were large, not only by deeds but also by the number of children they made. In one of the city’s highest points, the positioning of the house allows tourists to enjoy one of the most beautiful landscapes of all time, especially that of the magnificent castle of Gjirokastra, as you can find in the paintings of Edward Lear in 1848.

From this family came two big personalities who were put in the service of protecting the country and the Albanian language, like Bajo and Çerçiz Topulli.

This contribution prompted the well-known Albanian museologist Lefter Dilo to propose to the communist leader, Enver Hoxha, the conversion of the Topulli’ House into a museum of the National Renaissance. The museum building was built at the same place where the house of this large family was about to be demolished.

The Topulli “Museum” House was inaugurated as the Museum of the National Renaissance on March 18, 1967. It is rare when the communist leader Enver Hoxha himself cut out the ribbon of this inauguration. On all three floors of this apartment is exhibited the Albanian National Renaissance activity, where there are many original objects used by the National Albanian Hero Çerçiz Topulli, such as rifles and binoculars.

Despite the fact that the museum was given the name “The Albanian National Revival” Museum, it is widely known in the area as the Museum “Topulli”. 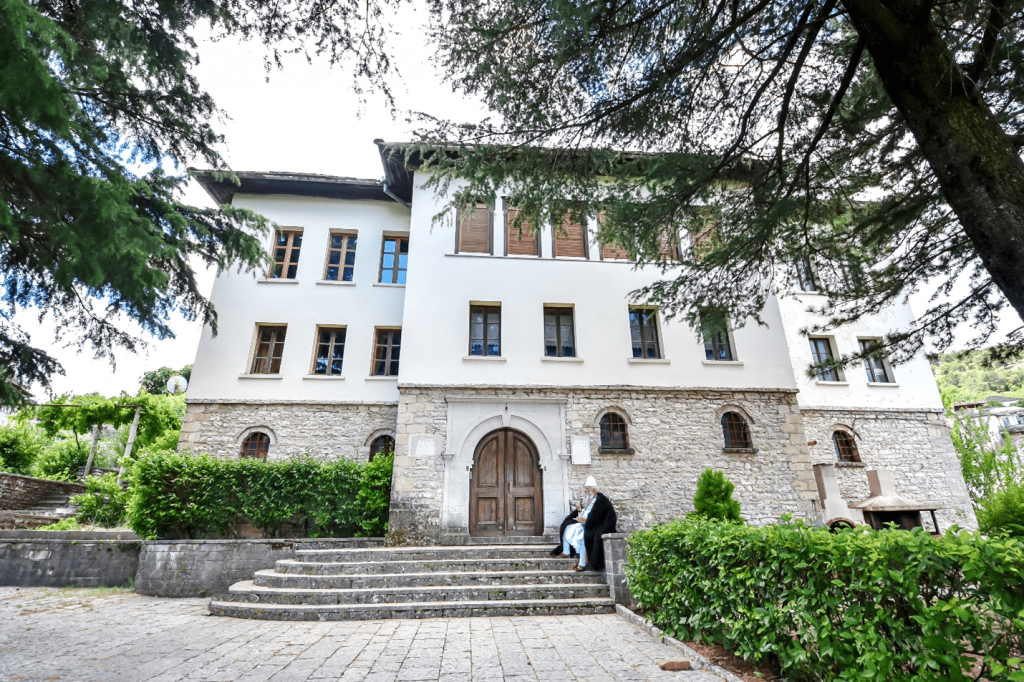