The so-called Ali Pasha Bridge, or Dunavat Bridge, is part of a large complex built by Ali Pasha Tepelena in the early 19th century, following the aqueduct. It is situated in the upper part of Gjirokastra, at a distance of around 45-minute walk, uphill, through two historic quarters such as Manalat and Dunavat. It demonstrates the importance of the infrastructural constructions commissioned by Ali Pasha of Tepelena, the ruler of Ioannina and Gjirokastra during the 19th century. Ali Pasha ruled Gjirokastra since 1811 and initiated a lot of constructions and fortifications. This bridge, in particular, is considered a great achievement for the time as it shows the remains of the aqueduct, but it was demolished in the 1930s. 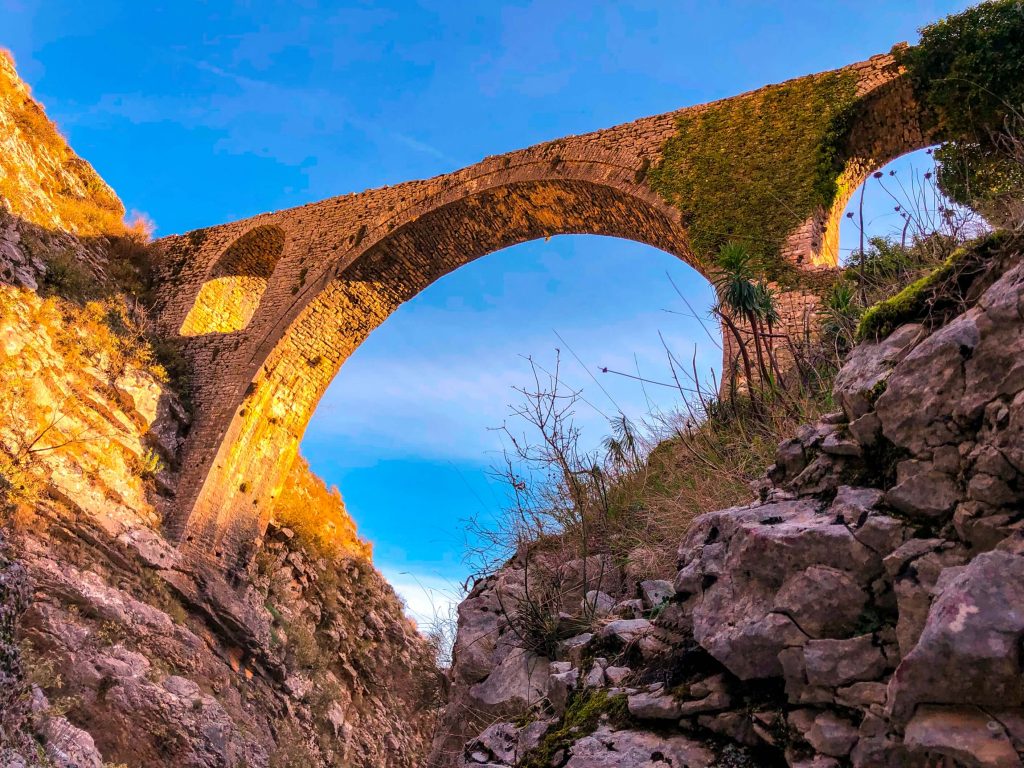 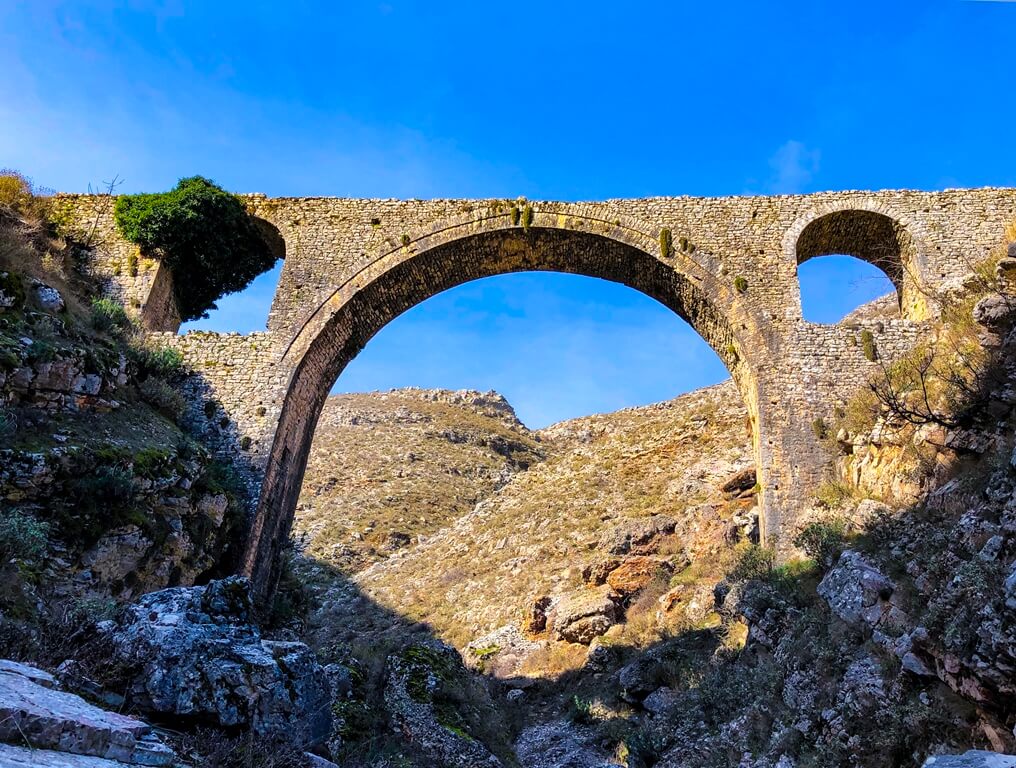 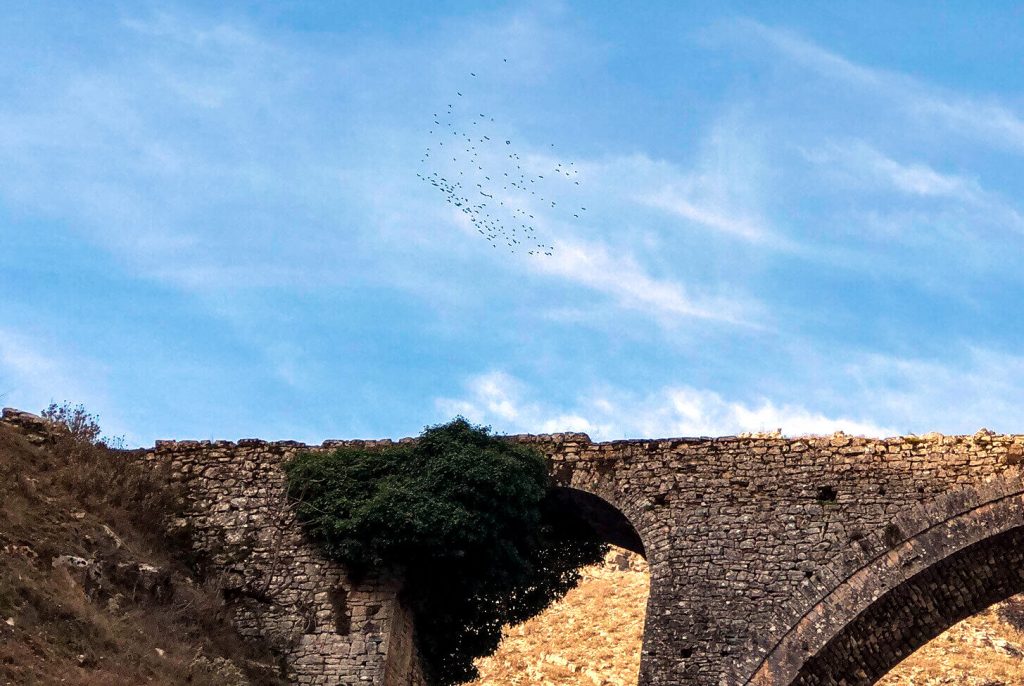