The Roman villa is a rectangular shaped building with peripheral wings around a central room. The main entrance was in the center of the eastern side of the building. The walls are preserved up to foundation level, while few parts of the superstructure can be seen in the southern and eastern parts of the walls. Some of the rooms were used as workshops, as we can assume by the presence of hydraulic mortal paved floors, connected through clay pipes with a small settling tank, while others were accommodation rooms and had -today damaged- mosaic floors. A few meters to the west, there is a burial chamber, inside which three marble sarcophagi were found, dated from the early 2nd to early 3rd century AD. 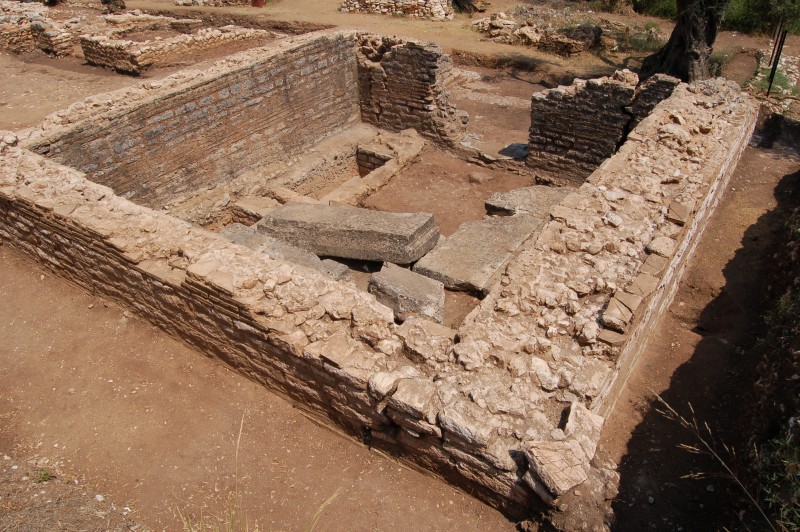