This archaeological military site is situated on a low hill in the middle of the Ragio-Kestrini plain, near the old estuary of the Kalamas river. The hill was fortified with a strong defensive wall, still well preserved, encircling an area of 3500sq.metres. At the Ottoman period a two-storeyed building was constructed right above the northern tower on the ancient fortification wall: the Tower (Pyrgos) to which the site owns its name. The Tower of Ragio belongs to the architectural type of “koulia” or “kula” which, along with the type of tower house, was quite common in the whole Balkan area. It was a building used as a guardhouse-watchtower and for the accommodation of Agha (Turkish guard) of the area. After the enhancement works of the archaeological site during the period 1999-2000 the ottoman tower has been restored and currently operates as an exhibition hall. 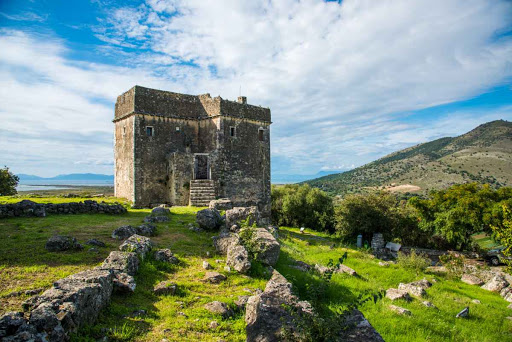